Hello guys we are back after a long time( we know!😃) and with a thought to show you all amidst the Russian Ukraine conflict:

At the time when the whole world is witnessing a war between two countries( butter-smacked by the media),  we are bound to wonder where did our school textbooks go wrong? Why is it that the power of global institutions is comparatively lesser in real life than that expressed in big words. U Thant, a former secretary general of United Nations, took the effort to ‘intervene’ between Moscow and Washington during a Cuban Missile Crisis. Where is Mr Secretary General during a raging war now? 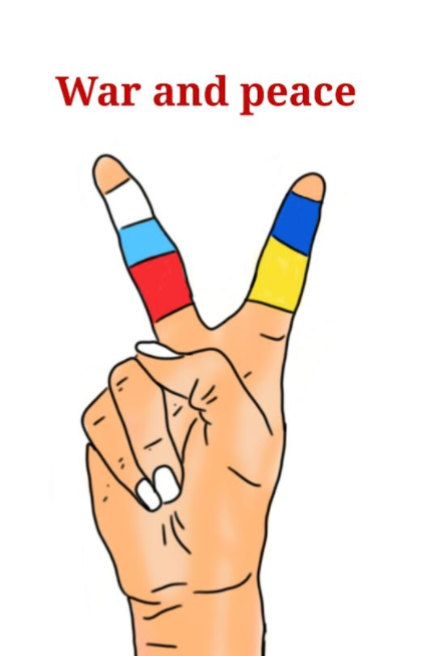 After the end of WW2, hope was nowhere to be found. The lost lives, and destroyed livelihoods all sought a better tomorrow which was very perfectly promised by the United Nations.

But that sense of security was short lived, as seen in more than one circumstance where the various subsets of the UN failed in providing an actual result.

We are all aware of the importance of UN- any heritage site being recognized by UNESCO or any resolution passed by for instance, UNHRC – but an institution that has to promote global peace and equality has certain loopholes in abiding by it as well. Like the veto power.

The major shortcoming of the UN, has been the veto power of Five singular countries ( China, France, USA, Russia, United Kingdom) that influence any decision that is taken. This means that these countries can veto any resolution against themselves and their friends! This is what Russia is doing now, and USA does all the time to protect Israel. They don’t have to offer reasons as well! No side is kind and good, people!

Along with this there is a visible lack in the UN to effectively adapt towards any conflict.

Consider this. Before the Ukraine invasion, when alerts were high and bitter rebuttals increased, no UN official was observed in either Russia, Ukraine or USA. Another sight is that the UN security council seems to be slipping on and off because Russia is effectively vetoing any resolution tabled against it.

The UN needs to reconsider the meaning of peace( which comes with terms and conditions) , strengthen mediation, and become a skilled peace diplomat forging no sides! It needs to have its own troops so as to add more emphasis in what it says.

We are hearing tons of critical statements from the UN right now regarding the current conflict.

But moral support and dialogues are only worth until some point of time after which the power of a discussion forum begins to degrade.

‘ During a life wrenching crisis, we all need more than a ‘its alright’ best friend don’t we?’

Dear UN and all countries with interests at stake. We need an action now! What do ya guys think?

This is a continuation of our illustration series:

Our first collab post is out too! check it out here! Tell us what do you think about the Russia Ukraine conflict and your day today!😃

Two teenagers who could enthrall you with their deep thoughts,stories,opinions about greater problems that teens are meant to stay away from:) Do take a peek in. and stay if you are ready for a ride..🎢 View more posts